There was an unusual degree of consensus among economists about what would happen if Britain voted for Brexit in the referendum on June 23 last year. The language used by the International Monetary Fund was typical: It expressed fears of an “abrupt reaction,” adding that this “may have already begun.” The head of the organization, Christine Lagarde, said that the consequences of Brexit would range from “pretty bad to very, very bad.” The Bank of England warned of a recession, a contraction in gross domestic product and an increase in unemployment. The Organization for Economic Cooperation and Development published a paper called “The Economic Consequences of Brexit,” predicting a “major negative shock to the U.K. economy.” Even pro-Brexit economists expected an immediate downturn: Gerard Lyons, former economic adviser to the prominent Brexiter Boris Johnson, said that the trajectory would resemble the “Nike swoosh” — down then up.

What happened instead was that Britain enjoyed the best growth of any major advanced economy in 2016. The doomsayers have been quick to point out that Brexit hasn’t actually happened yet, so all the promised shock has been postponed rather than averted — which, for the record, is what I think, too. Still, it’s all a bit embarrassing for everyone who made those overconfident forecasts. Andy Haldane, the chief economist for the Bank of England, which was one of the sources of those doomy prognostications, agrees. He compared the pitfalls of economic prediction to the single most famously wrong weather forecast in British history, made on the BBC on Oct. 15, 1987. A woman had called the BBC to say she was worried there was a hurricane on the way. “Don’t worry, there isn’t,” the weatherman responded. That night, 22 people died amid hurricane-force winds.

This isn’t the first time Haldane has been critical of the current state of macroeconomics — that’s the big-picture, whole-economy side of the profession. Last fall he gave an important, broad-ranging speech with the elegant title “The Dappled World,” in which he argued that the unexpected global downturn that began in late 2007 has left behind “a crisis in the economics and finance profession.” Economic forecasts on the eve of the credit crunch and the Great Recession were, he says, “not just wrong but spectacularly so.” The overall trajectory of precrisis forecasts was upward; the reality was a brutally deep capital V.

The reason this poses a deep intellectual crisis for macroeconomics is that the entire point of the field, as it has developed since the work of John Maynard Keynes in the 1930s, is to prevent just this sort of severe downturn. Keynes once spoke of a future in which economists would be “humble, competent people on a level with dentists,” while the brilliant up-and-coming French economist Esther Duflo recently gave an admired I.M.F. lecture called “The Economist as Plumber.” It seems to me, though, that what macroeconomists do is really most like bomb disposal. Uniquely in the social sciences and humanities, macroeconomics was developed with a specific, real-world purpose, and a negative purpose to boot: to stop anything like the Great Depression from ever happening again. Given this goal — to avert systemic crises and downturns — the credit crunch and the Great Recession were, for macroeconomics, an intellectual disaster.

Well, as Paul Krugman says, you can divide the the economics profession into three groups, conservative professional economists, liberal...

The word "literally" has lost all meaning. Take this example from the article you just read: The author cites a study asking economists...

That consensus was not shared by the macroeconomic editorial page writer of this newspaper, Dr. Krugman. He has also written about the...

In retrospect, the failure of the discipline to predict and prevent the crisis was based on deep conceptual faults. One of these concerned a mysterious refusal to engage with the role of the banking and finance system in the economy. Another was the assumption that the discipline makes about individual motivations, assuming that individuals “optimize” their decision-making to behave, in economic terms, rationally. This is a convenient intellectual shortcut for building models, but it is also a fiction, as we know not just from our own human experience but even from within economics itself, where microeconomics has recently made exciting progress in the study of human irrationality, bias and cognitive error. It is a matter of provable fact that our decision-making is not entirely rational. Economic models built on the premise of our rationality will always have a creaky underpinning.

The focus of Haldane’s speech is on this second point. He talks about the need for macroeconomics to learn from other disciplines in both the natural and social sciences in order to seek “a different perspective on individual behavior and systemwide dynamics.” He argues that the profession has “borrowed too little from other disciplines” and become “a methodological monoculture,” with the associated risk that everybody in the field can be wrong in the same way and at the same time. He finds compelling evidence in a survey of American professors of social science, who were asked whether “interdisciplinary” knowledge was better than knowledge “obtained by a single discipline.” Most social scientists sensibly thought that the answer was yes, by overwhelming margins. But 57 percent of economists disagreed or strongly disagreed. Economists literally think they have nothing to learn from anyone else. The field also suffers from its rigid hierarchies and its lack of gender and racial diversity. As Haldane puts it, “It is difficult to escape the conclusion that economics remains an insular, self-referential discipline.”

Haldane’s proposed solution to the problem lies in an emerging new field called agent-based modeling, in which large amounts of computer power are used to build models where individual actors have their own motives and their own agency. These agents collide and overlap and interact and generate predictions through a messy process more akin to real life than the clean models of old-fashioned macroeconomics. Agent-based modeling has been shown to have promise in other fields, especially physics — and also in modeling real-world problems like the tendency for Brazil nuts to levitate toward the top of the mixed-nut package. (That might sound kooky, but Haldane points out that the nut research “has since found real-world applications in industries such as pharmaceuticals and manufacturing.”)

Haldane isn’t the only prominent nonacademic economist to think there are profound problems in macroeconomics. Paul Romer is a highly regarded macroeconomist who recently became chief economist at the World Bank. (It was Romer who is credited with having coined, in 2004, the famous slogan that “a crisis is a terrible thing to waste.”) Last winter he, too, issued a lacerating critique of his field, titled “The Trouble With Macroeconomics.” His argument focuses on the question of “identification,” which is shorthand in the field for how economists identify the cause of an event. Identification is a huge deal for economics, because if you can’t tell if x, y or z caused something, you don’t know which of those variables to study or measure or change. The omission of finance and the role of money from economic models is the biggest weakness in the field, Romer believes. It is hard for noneconomists to get our heads around the fact that the dominant macroeconomic models (including the ones used by central banks) made no allowance for how money works — especially not for fluctuations in how much of it is around. Such an oversight seems weird, and entirely counterintuitive. But that’s what happened, and it played a big role in macroeconomists’ ability to, as Romer puts it, “dismiss mere facts.”

The Bank of England and the World Bank are two of the most important noncommercial banks in the world. It is striking, and exhilarating and scary too, that the chief economists of these two institutions each thinks that their trade is in crisis. Not so long ago, leading macroeconomists thought that the main part of their work was basically over. The Nobel winner Robert Lucas claimed as much in his presidential address to the American Economic Association in 2003. Macroeconomics, he said, “has succeeded: Its central problem of depression prevention has been solved.” That now looks wildly hubristic. Maybe the field is roughly where physics was at the end of the 19th century, when some scientists thought that their own field’s main problems had been solved, within a Newtonian framework that is now known to be inadequate to describe reality. Maybe, like physics in the 20th century, macroeconomics is about to have a heroic period. If it does, it will begin in the work of people like Romer and Haldane, who are unflinchingly willing to talk about its huge recent failures. A crisis is a terrible thing to waste.

We’re interested in your feedback on this page. Tell us what you think.

But easier with 1000+ journalists looking. Subscribe to The Times.
Basic 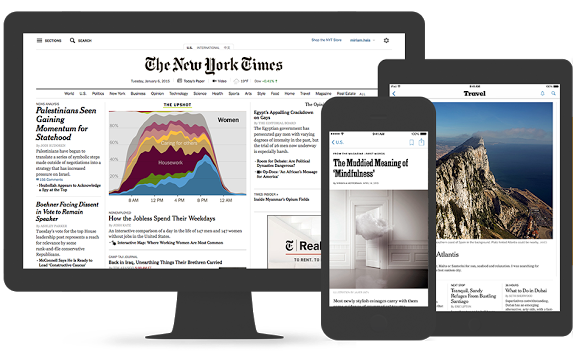 $3.75/week
Billed as $195 every year
Get All Access
Includes everything in Basic, plus:

$6.93/week
Billed as $360 every year
Get Home Delivery
Includes everything in All Access, plus:

Customized delivery options such as Sunday only, Fri.-Sun., weekday delivery, or daily delivery

*Home delivery price based on Sunday delivery.
Prices vary based on delivery location and frequency.

Your profile is public. It will appear with any comments you leave on NYTimes.com

To save articles or get newsletters, alerts or recommendations – all free.

Verified Commenters can leave comments on NYTimes.com without initial moderation. Verified status is earned based on a history of quality comments.